The BOSS WL-50 Wireless Guitar System for Pedalboards allows you to integrate the freedom of wireless movement into your stage rig. Boasting ground-breaking technology from the team at BOSS, the WL-50 is an outstanding performer that offers the same high levels of tonal consistency that we'd expect from the industry heavyweight.

The BOSS WL-50 is delightfully intuitive to enable you to setup and perform with minimum effort. The stompbox-sized receiver slots into your pedalboard setup with ease, equipped with a docking port that allows the transmitter to be charged discreetly. Not only that, but the receiver also provides a DC output that can be used to output power to several pedals in your rig.

The WL-50 benefits from bleeding-edge BOSS wireless technology - as featured in the Katana-Air wireless guitar amplifier -, which affords a vast dynamic range with crystal clear transmission. The system is designed to automatically access and work across the optimum channel, taking the effort out of searching across frequency bands. Even more impressive is the fact up to 14 BOSS wireless systems can be used simultaneously, so the entire band can benefit from the freedom afforded by BOSS wireless technology.

The BOSS WL-50 Wireless Guitar System can be powered using a pair of AA batteries for up to 10 hours. Though the transmitter cannot be recharged when operating on battery power, a standard USB adaptor (5V/500mA or higher - type most commonly used for smartphones and tablets) can be used to charge it. When operating using a power supply such as the BOSS PSA-S adaptor, an optional BOSS PCS-20A daisy-chain cable can be used to power several BOSS compact pedals simultaneously.

As we'd expect from the team at BOSS, the WL-50 Wireless Guitar System is engineered to take anything thrown its way. Whether you're simply jamming with friends or taking to the stadium stage, the receiver and transmitter are ready to go every time. All you need to do is place the receiver at the beginning of your effects chain, connect the receiver's output to the first pedal and you're good to go. If needs be, there is also a 1/4-inch input jack, so a standard instrument cable will do the trick too. 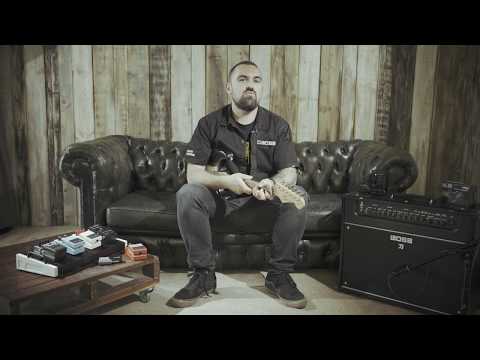