Modal are a small UK based electronic instrument manufacturer who are producing some of the most exciting digital and analogue synthesisers and samplers. The Modal Skulpt was first offered as a Kickstarter campaign where the unit raised almost three times the initial goal. The Skulpt is a digital synthesiser with 32 oscillators and 4 true polyphonic voices. The Skulpt is a desktop synth with an enormous amount of power under its compact hood.

The Skulpt has managed to pack many features into such a compact unit by doubling up the 13 front panel encoders (knobs and buttons) with the use of a shift button that switches each encoder between one of two options. There are 8 banks of 16 patches of storage and recall which can be swapped and changed via the Modal App which can be used through Mac, PC, IoS or Android devices.

The sheer array of features in the Skulpt are more often found within much larger and more expensive units and it is a testament to Modal’s principals that they have kept the cost of the unit so low. With 4 polyphonic voices each with 8 oscillators, the first and most striking thing is the depth of sound you able to create. You can play large multi note pads and sounds either through an external controller via MIDI or via the unit’s own keyboard.

There are two very powerful LFOs audio rate and MIDI sync-able. One is a global LFO that effects all the active oscillators and one is per voice which has Attack, Decay, Sustain and release as well as Distort, Delay and alter Time. There are 3 envelopes for Amp, Filter and Modulation and 2 VCF filters controllable through Low, medium and High bandpass.

The Skulpt has a live Sequencer with real-time polyphonic note input, storing 128 notes and four rows of parameter automation, 64 sequences can be stored onboard. The sequencer can be manipulated via the Modal App including choosing one of four lanes of sequence and altering any of the encoders live or post-recording. There is also a feature-rich Arpeggiator with selectable division, direction, swing and octave range.

The Modal Skulpt belies its tiny frame, the Skulpt is deadlifting a thousand tons of ideas in a unit much smaller than its obvious ambition. The sounds it creates are mesmerising and more importantly very inspiring. The Skulpt features MIDI in and out and sync in/out for working with other modular synths, a line out and a headphone jack. The unit is spectacular for the price and is a perfect synth for someone wanting to expand from soft synths or cheaper entry level synths. 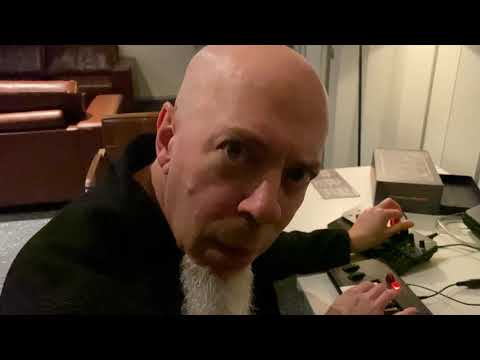