Pioneer have always been one of the world leaders when it comes to premium DJ equipment. The evolutionary scale continues now with the introduction of the CDJ-900 Nexus. As part of Pioneers professional line up, the CDJ-900 Nexus is jam packed with new technology including a stunning, full colour screen, four-deck syncing, beat divide and much more. There's also the option to play from your favourite android or iOS device.

Complete with Pioneer's own rekordbox music management software that's compatible with PC or Mac doubled with the free android and iOS apps, you have total control to mix your digital media as well as physical media including CD and CD-R/RW's. You can even load setlists on to the CDJ-900 Nexus over Wi-Fi.

As far as interfaces go, the Pioneer CDJ-900 Nexus not only has a high resolution colour screen but also has incredibly intuitive and ergonomic controls. Beat divide, cue, sync play/pause, to name a few are all illuminated making the CDJ-900 Nexus ideal in darker venues. As you would expect, the overall build quality of the CDJ-900 Nexus is like a tank, totally solid and once you begin to use it, you'll be amazed with the level of response that the CDJ-900 Nexus is capable of.

Under the hood of the CDJ-900 Nexus, you can find an array of features inherited from the CDJ-2000 Nexus, including four-deck beat sync, dedicated quantize, harmonic key analyser and much more. For easy access to all of your media, the CDJ-900 Nexus has intuitive browsing with an option to see tracks in list format, or with artwork in custom views.

The CDJ-900 Nexus also comes with Pioneers acclaimed software 'rekordbox' which is the ultimate tool for organising your library and file settings right through to performance and feedback. Twinned with the CDJ-900 Nexus, you have a Digital DJ solution that's one of the most powerful available today. 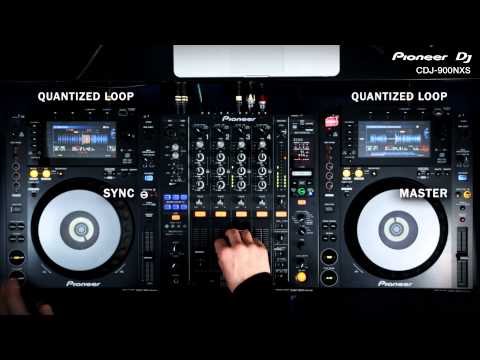