The Apollo Twin MKII builds upon the original Apollo Twin’s gold-standard audio quality with a completely redesigned A/D and D/A conversion method that delivers an increased dynamic range and ultra-low total harmonic distortion. The resulting clarity of this next-generation conversion is nothing short of breathtaking as you will have heard on heard on hit records by Kendrick Lamar, Coldplay, Brad Paisley, and many more.


A Universal Audio breakthrough, Apollo Twin Duo MKII's Unison technology gives you the tone of the world's most sought-after mic preamps — including their impedance, gain stage “sweet spots,” and component-level circuit behaviours. Based on unprecedented hardware-software integration between Apollo’s mic preamps and its on-board UAD plug-in processing, Unison lets you record through stunning emulations like the bundled UA 610-B Tube Preamp and EQ plug-in, with more emulations available at the UA Online Store.

The Apollo has some of the better preamps I've ever heard - lots of headroom, quiet at high-gains, and the converters are really sweet sounding.


Designed to grow with you


With the Apollo Twin MKII you can combine up to four Apollos and six total UAD-2 devices (SOLO, DUO or QUAD) adding I/O and DSP power as your studio grows. The rugged yet stylish build of the Apollo Twin MKII also ensures that it will be performing at its best with you for a lifetime. 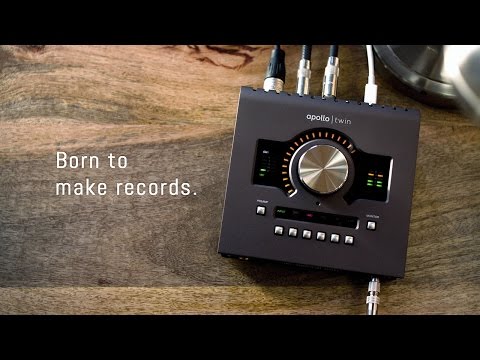