Designed with musicians in mind the Zoom Q2n Handy Video Recorder is dedicated to giving you superior quality audio and visual recordings anywhere, anytime. This HD capable camera complete with superb quality stereo microphones will make your videos sound just as great as they look, a huge advantage over using conventional camera's or mobile phones.

The Zoom Q2n's audio capture system operates at 24-bit/96kHz so that you get a studio quality recording wherever you perform and whatever instrument you perform with. The Built in X/Y microphones can handle massive sound pressure levels also so drummers would get a huge advantage out of this, as would rock guitarists. But make no mistake, the Zoom Q2n is also very capable of capturing the subtle beauty of much quieter instruments in glorious detail.

A huge amount of work has gone into the audio of the Zoom Q2n so it's only fitting that an equal amount of attention was given to the visual capture capability too. Ten different "scene" settings let you record in a wide range of environments, including low-light locations where conventional camera's may struggle.

The available modes range from "Concert Light" which automatically adjusts for changing lighting conditions to "Concert Lo-Lit" for dimly lit rooms and there are also options for dark rehearsal rooms so nothing will be missed. Everything you film can be in 1080 or 720p and be captured at 24 or 30fps for very smooth recordings.

The Zoom Q2n is able to record directly to USB as either audio only or with both video and audio. But you can also connect it to audio systems, playback directly through your TV or connect it to PC pr Mac via USB. This really is a mini powerhouse that change the way musicians record their performances! Zoom Q2n Handy Video Recorder today, you will not be disappointed. 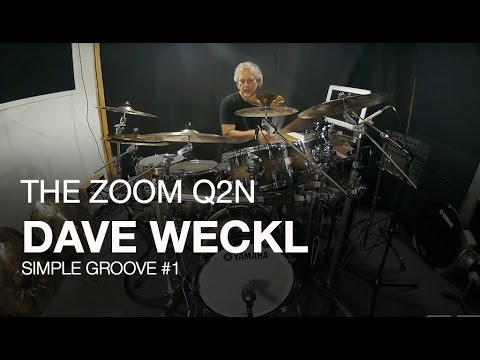